Ducati XDiavel is the union of two worlds: the typically American-style cruiser, and the Ducati universe, pure Italian style and technical sophistication. 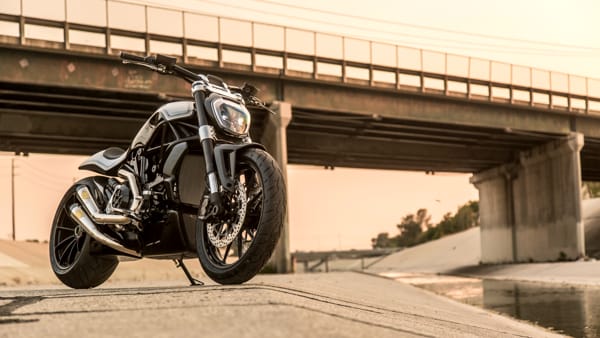 For Ducati, this is the first participation in official form at the Sturgis Motorcycle Rally. Introduced in 2016, the Ducati XDiavel is the union of two worlds: the one cruiser, the typical American-style, made of low speeds, driving relaxing with footrests in the forward position and long trips, joined with Ducati universe, characterized by Italian style, technical refinement, the highest performance and adrenaline sport driving.

The unmistakable design that contraddistinguequesto Ducati model, recently awarded the “Red Dot Award 2016”, is even closer to the American motorcycle culture as noted by California Custom builder Roland Sands, together with Ducati, has presented its special interpretation of cruiser at Bologna. An exercise in style, XDiavel branch concept, which interprets Roland Sands vision, with highest level of quality and an original design and characteristic of the known Californian trainer personality, which offers a cruiser even more decisive and radical, while maintaining the unmistakable DNA Ducati.

The special presented is a kind of logical evolution for Roland Sands, always fascinated by the Ducati cruiser, for which he designed a line of exclusive accessories and special components, already available in the catalog Ducati Performance. “Sturgis is a unique event where riders can get together and share their passion,” said Jason Chinnock, CEO of Ducati North America. “The RSD XDiavel is one of the most beautiful special bike that you can see and for us it was an honor to take her to South Dakota. Roland Sands Design is an important partner for Ducati, and same it was for customized XDiavel presented in Sturgis. Is an example of sophisticated design and high craftsmanship. We were honored to offer to all fans this preview”. “The XDiavel is a beast. A wolf in sheep, half ultra-fast, “said Roland Sands, owner of the RSD and lead designer for motorcycle special”. We wanted to maintain all the amazing technological content and not alter the original design eliminating it. So the bike remains close to that of series from a functional and performance point of view. The customization required three months of work and a series of careful considerations on the direction to take. In the end what we tried to do was to give an aesthetics change completed by keeping the handling and performance of the original XDiavel. I am proud to say that is exactly what we got”.