Honda has just announced details of two important developments for off-road racing: A CRF450R MX completely revised and a new enduro, the CRF450RX.

The Honda CRF450R, since its introduction in 2002, has been redesigned from top to bottom for 2017. The bike has earned the reputation of using the MX 450cc which made the bike more manageable, with plenty of power, like 11% more and part cycle that allows pilots with different experience levels to make better use of every drop of their potential. 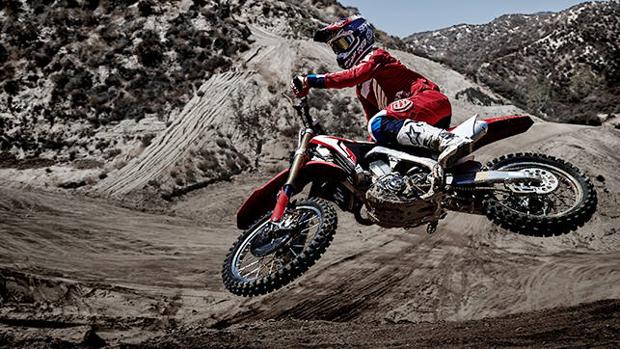 The Honda CRF450R has a powerful engine of HRC inspiration, which has come with an increase of 11% in the maximum power achieved by a revised higher lift of valves, higher ratio compression and a new admission characterized by straighter lines to the end. Beside power, stronger torque, especially at low engine speeds, but also throughout the rpm range, achieving a 5% improvement in acceleration from a standstill.
The Honda CRF450R has new aluminum frame, 7th generation, with lower center of gravity, shorter wheelbase and distance between the swingarm pivot and the axis of the rear wheel also lower, providing unprecedented levels of rear traction. On direction, it comes with the front fork of 49mm with factory specifications for steel spring competition. The CRF450R fuel tank has combined titanium, plastics and soft forms and integrated aerodynamic for high efficiency and electric starter. 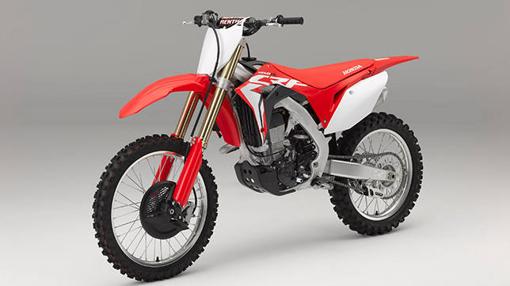 Mikio Uchiyama, Head of Project for Honda CRF450R 2017, summarizes the purpose that lies behind the new CRF450R: “Our approach has been to produce a machine with a performance of exceptional engine, excellent traction and a low center of gravity – getting 5% improvement in acceleration over the previous model. The phrase that describes the idea of development was ‘Pure Holeshot’ (in MX, the Holeshot is the term used for the driver who is faster to the first corner after the start). The CRF450R is already proving its merits in the MX Japanese championship, winning the first five races. We are proud to offer this kind of performance to motocross enthusiasts worldwide”.

Along with the CRF450R, Honda also can now provide to enduro riders the new CRF450RX. Sharing the new engine, and frame assembly based on the CRF450R, the CRF450RX incorporates fundamental changes to create a highly competitive enduro motorcycle. The new Honda CRF450RX has revised suspension settings for greater control, with adjustments of PGM-FI system reviewed and a deposit of 8.5 liters of petrol for a range of approximately 65km. It comes with three revised engine maps which can be selected from the handlebars using the Engine Mode Select Button of Honda and rear wheel of 18 inches. The CRF450RX comes also with side stand and electric start as standard. 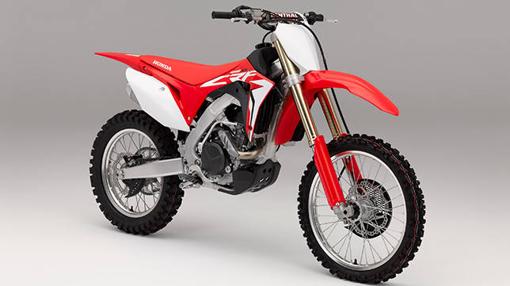 Mr M. Uchiyama, Large Project Leader (LPL) of CRF450RX 2017 said: “The CRF450RX is a pure enduro motorcycle, ready to compete like any other Honda made before. It has greatly improved performance compared to the new CRF450R and we have not sacrificed anything in the production of this version ‘RX’ enduro, offering something completely new to experienced pilots worldwide. The Honda CRF450RX is made to win in competition at the highest level”.

Both motorbikes, the CRF450R and CRF450RX, will be unveiled in the MXGP Assen on 26 – 28 of August, although there is still no prices list so far.