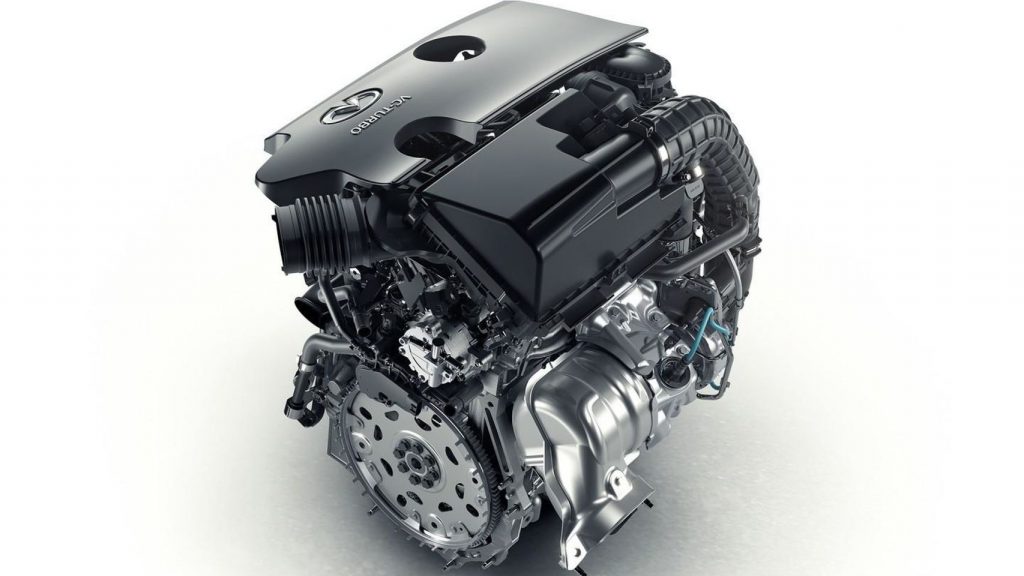 Infiniti will be strong at the Paris Motor Show with its new invention. The Japanese company will present the first engine with variable compression ratio, a technology that this premium brand will put on the market in 2018. Undoubtedly, one of the major advances is efficiency and performance. This is the VC-T engine, with all the performance of a large displacement petrol engine offering the level of consumption of a diesel.

This Infiniti VC-T enfine is under development for almost 20 years, in a project that began in 1998 with the hope of creating that variable compression ratio. They have not been the only ones who have tried to create this type engine, Honda, Saab, Peugoet and Citroen tried without much success to produce it in series.

Until he officially unveiled in Paris, we know that the variable compression ratio engine, called VC-T, will be a 4 cylinders and 2 liters. Direct injection will be supercharged by a turbo. With VC-T arrival in two years Inifiniti intends to retire the 3.5 – liter V6. For the new engine is expected to power 270 hp and 310 Nm. 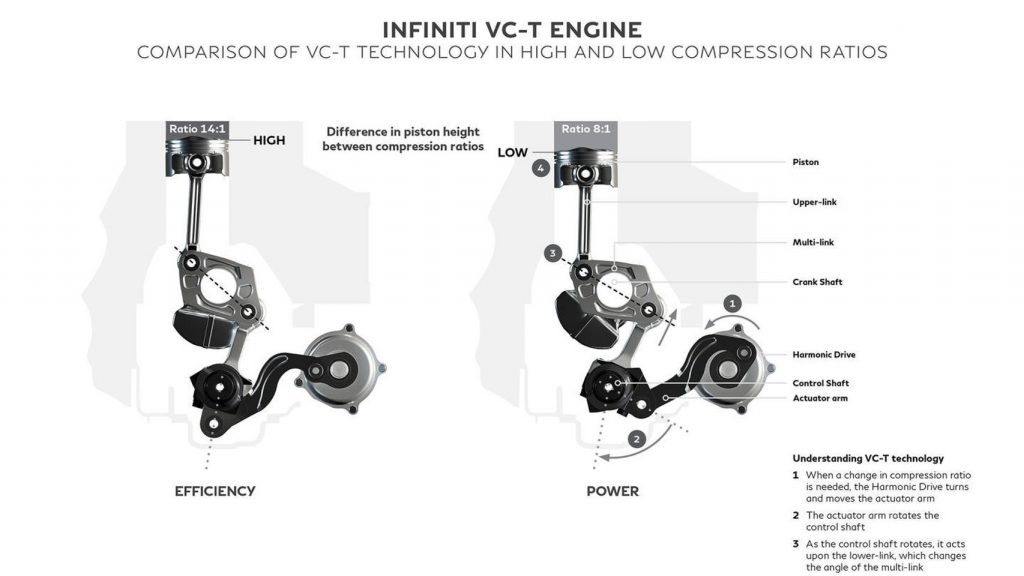 To achieve this advancement, Infiniti modified piston travel in its reciprocating motion, by varying the displacement of each piston and the compression ratio. The system itself manages the propellant charge, making the whole process more quickly and accurately performed by any power requirement.

It is especially important because Infiniti achieved with this VC-T engine having a consumption of a turbo diesel but with a more powerful petrol engine. Given its characteristics, performance and sound effect will be similar to those currently used V6 running with petrol, which in 2018 will be discontinued in favor of this new engine.