The Intermot Cologne Hall has showed us this year in progress developments as the Ducati SuperSport, a clever mix of sport and sport tourism, which goes so well by sight that is almost irresistible in the eyes of any lover of motorbikes. Certainly a bike designed to awaken the senses of Ducati enthusiasts (and not) most passionate.
Its design almost makes us dream of a Panigale, which inherits certain stylistic elements. But if we look at the detail, certain details such as the position of the handlebars or the seat itself, make it clear that this Ducati not intended as a radical sport but rather a model with an eye on the balance. Not surprisingly, the brand itself says that it “is agile in city, highway comfortable and effective on curvy roads.” 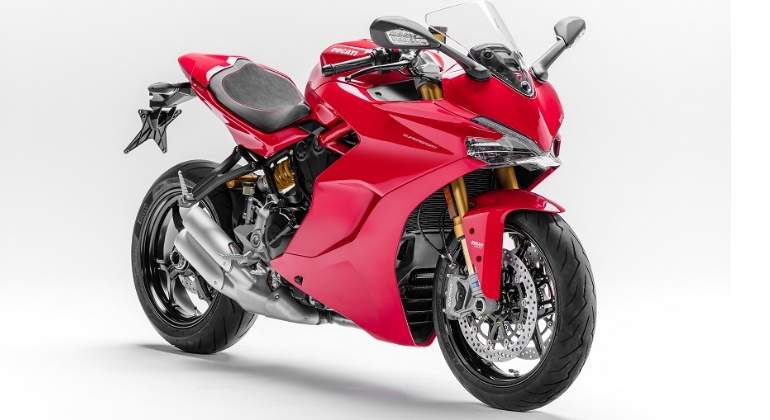 It is clear that with SuperSport Ducati, the Italian firm aims to attract an audience that is carried away by emotions but once at the controls, does not want complications. That is why it comes standard with a tuning firm but not radical chassis with a brake system signed by Brembo dual front disc 320 mm and the security package DSP, which includes ABS, adjustable traction control in eight stages and three driving modes (Sport, Touring and Urban) designed to make the most of the bike in any situation.

The new Ducati that has been seen before the public in the Hall of Cologne 2016 has standard equipment which contains elements such as:

– Waterproof USB jack under the seat

– Possibility of including the Ducati Bluetooth Multimedia System (DMS) module

Who does not want to hassle with packs and individual elements of customization, but nevertheless wants to increase the sportsmanship of his Ducati SuperSport can always opt for the version SuperSport S, which adds an adjustable Öhlins suspension, change system Quickshift up and down gears and a cover for the passenger seat.

The latest creation of the Italian brand will be released in March next year and its starting price will be around 14,830 US dollars about 13,290 euros.