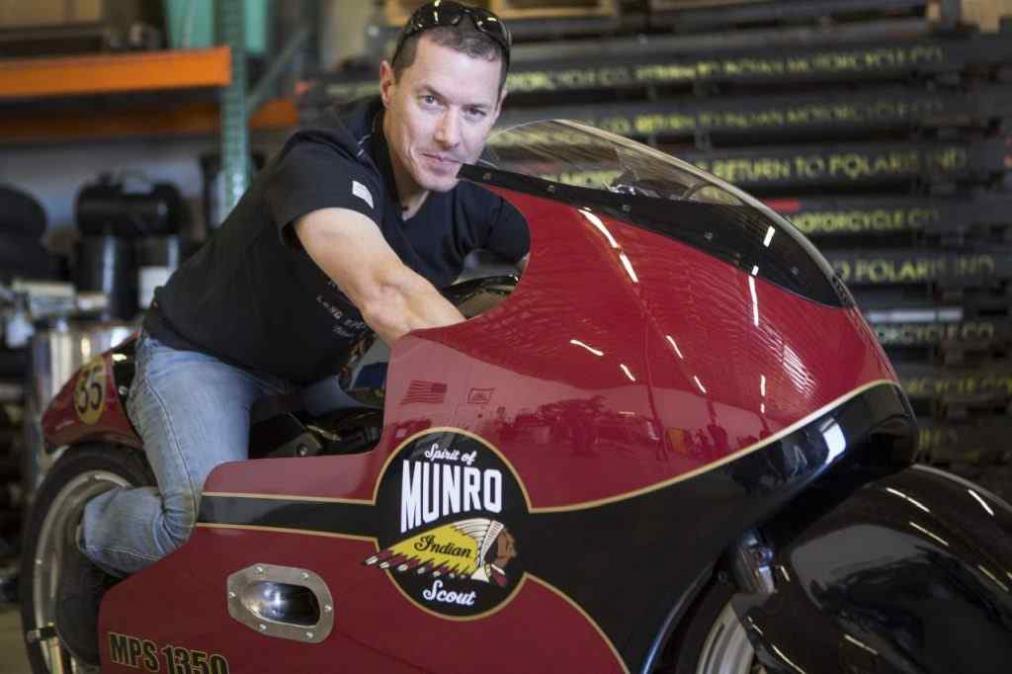 Burt Munro’s nephew, Lee Munro, along with the Indian Motorcycle, will join forces to honor the record of the New Zealand driver in 1967. The idea is to recreate that historic moment in the Salar de Bonneville (Utah), on August 13. To do so, they will try to impose a new record on a modern Indian called Spirits of Munro Scout.

Lee Munro followed in the footsteps of Burt and has gained much experience competing on the two wheels. He has participated in all types of Road Races in New Zealand and has in mind to participate in the Manx GP in the near future.

For the speed challenge, he will have a team of engineers who have volunteered to help. But before facing the definitive attempt, he will do several tests in California. Lee himself has expressed that Burt was “an inspiration to have my own career as a pilot and his appetite for speed is part of my DNA”.

For him it is a pleasure to be able to commemorate him in this way, “what the Indian Motorcycle is doing is fantastic and I could not be more proud to join them in piloting my own Scout in Bonneville in honor of my uncle and the 50th anniversary of his historic record”.