An Italian company, with not even one year of life, is part and contributor to Rosso’s success at Borgo Panigale. We are talking about Megaride, the award-winning startup by Flavio Farroni, who has developed a software that measures friction between tires and ground. With the colleagues, Aleksandr Sakhnevych and Francesco Timpone, he have developed a software that allows monitoring of tire parameters such as grip, wear and stiffness of the carcass. Given that for MotoGP teams (and of course not only) thid id vital importance. Controlling and processing forecasts on consumption and tire yields in a championship is so heavily influencing, also adding Michelin’s performance, which would be a remarkable advantage. A small revolution in the way of working because it would allow you to get directly on the track all the data that you could only have until now only after having physically analyzed the tires, often analyzed by external firms. “Knowing, simulating and monitoring in real-time the behavior of your vehicle is the key to acquiring a competitive edge linked to maximizing performance on different routes and in multiple race conditions”, explains Farroni. 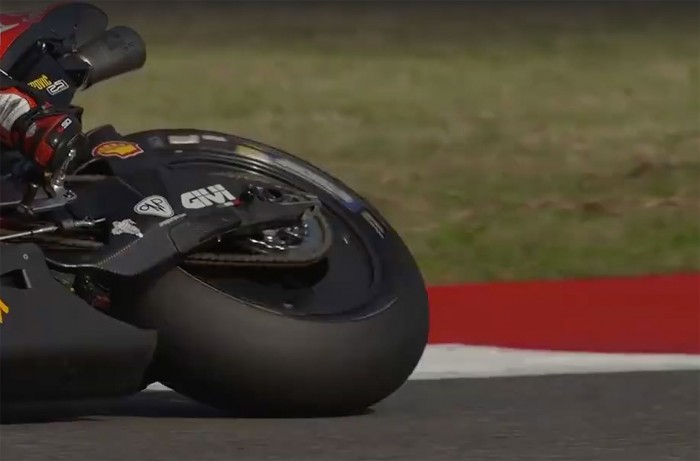 A benefit that has not gone unnoticed by Ducati, which has signed an exclusive partnership agreement for two years. The announcement of the house of Borgo Panigale says: “The partnership involves the provision of software developed by MegaRide in order to predict and simulate the behavior of the tires, useful in evaluating the performance, allowing the team to define the setup and the race strategies for the MotoGP Championship events. The fruits are evident as the excellent results achieved by Ducati this season. Part of the secret of Rosse’s success has been repeatedly attributed to an effective tire management strategy”.

In conclusion, the General Director of Ducati Corse, said: “We are delighted to be able to include a young start-up as MegaRide among our partners in 2017/2018″. Part of the secret of Rosse’s success has been repeatedly attributed to an effective tire management strategy”.