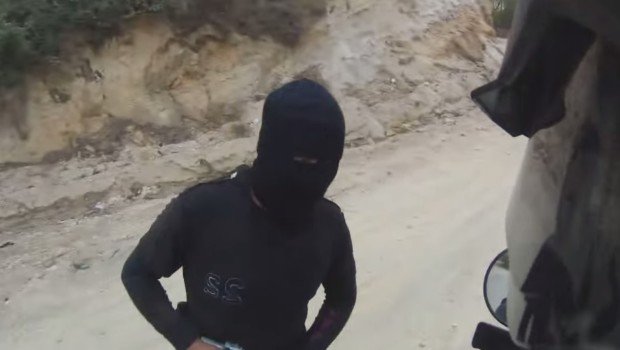 A Canadian biker and his girlfriend were robbed by two armed bandits in Guatemala. Video camera mounted on the helmet surprised the whole scene. Dan Landsborough, a canadian biker riding a Kawasaki KLR650, found himself surrounded by two bandits armed with guns and machetes, while riding his bike alongside his girlfriend on a dirt track […]